Intern Insights: Where I Come From

The last couple of weeks I talked about my first days at ORR, how ORR offers an above par internship program, and the different roles interns play in the information age. To give you more perspective on my life, this week is more about myself, where I come from, and how I was able to connect with ORR. The major chapters of my life started after high school, beginning with the Air Force, followed by college life, fatherhood, and the future.

A Korean Linguist in the Air Force 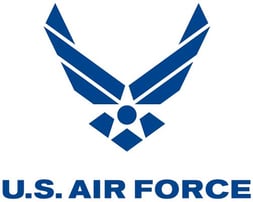 I joined the Air Force right out of high school when I realized I had no idea what I wanted to do with my life. Fortunately for me, the Air Force decided I was going to become a Korean Linguist! Easy enough, right? Well sure, with school eight hours a day, five days a week, for sixty-three weeks! My teachers were experts at teaching Korean, and I felt lucky to have landed this opportunity.

After about three years of training, I was ready to join the Air Force’s workforce. I spent a year and a half at a mission in Tucson, six months deployed in Afghanistan, and a final year instructing new students. I then met my gorgeous wife. We got married in 2012, which was also my final year in the Air Force. I told her I always knew I wanted to go to college, but I wasn’t sure what I wanted to do once I was there. I now had the chance to go to school through the GI Bill, so the next step was to get accepted somewhere. My wife is always up for anything and took the leap with me.

Finding My Path at UofL

I started at the University of Louisville in 2013 and declared my major in pre-med. I began general classes but was soon convinced by a friend to switch my major to CIS. CIS, or computer information systems, is in the Louisville College of Business and proved to be a much better fit for me. With no time lost, this positioned me for a career in business and technology. I didn’t think much about the switch at the time; I just cared about completing assignments, hanging out with my wife and friends, and not much else. I didn’t put any thought into what was next, that was a “Future Zac” problem. Around March 2014 my wife handed me a wake-up notice. 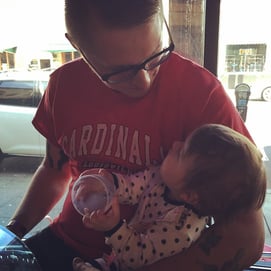 We were going to have a baby in October 2014! Welcoming our daughter into the world was one of my best days ever and put a lot of things into perspective. The day we took her home I had to leave shortly after to take a test for my biology class. I may have skipped the test had I been in the hospital for a stubbed toe, but I had a baby girl now, which meant I had responsibilities that surpassed my own needs and wants. Life never slowed down, and I had to catch up for a while before I learned that. I was always a good student but still didn’t consider myself a great "grown up", so I had to learn immediately. With a great support system, and through intense trial and error, I had a new plan.

Best new plan ever! All I would have to do is work hard and try to be the best at whatever I am doing. In school? Be the best I can at learning. At work? Be the best employee I can be. At home? Be the best dad/husband. That’s all there is to my new plan!

I think my biggest challenge in the new plan is putting myself out there. I was used to getting praise for my past accomplishments and was weary at failing at something. This way of living isn’t sustainable, and it’s not a good example to be setting for a child. It’s like winning one game of "Horse" and not playing a follow-up game. You get to declare yourself undefeated, but you don’t get to be undefeated in life all of the time.

I am thankful that I was able to connect with ORR. This company has given my family a chance to see the finish line. Their commitment to welcoming me as part of the family and helping me grow as a professional doesn't make me feel undefeated, but makes me feel like a champion.

Topics: Our Associates, Our Interns