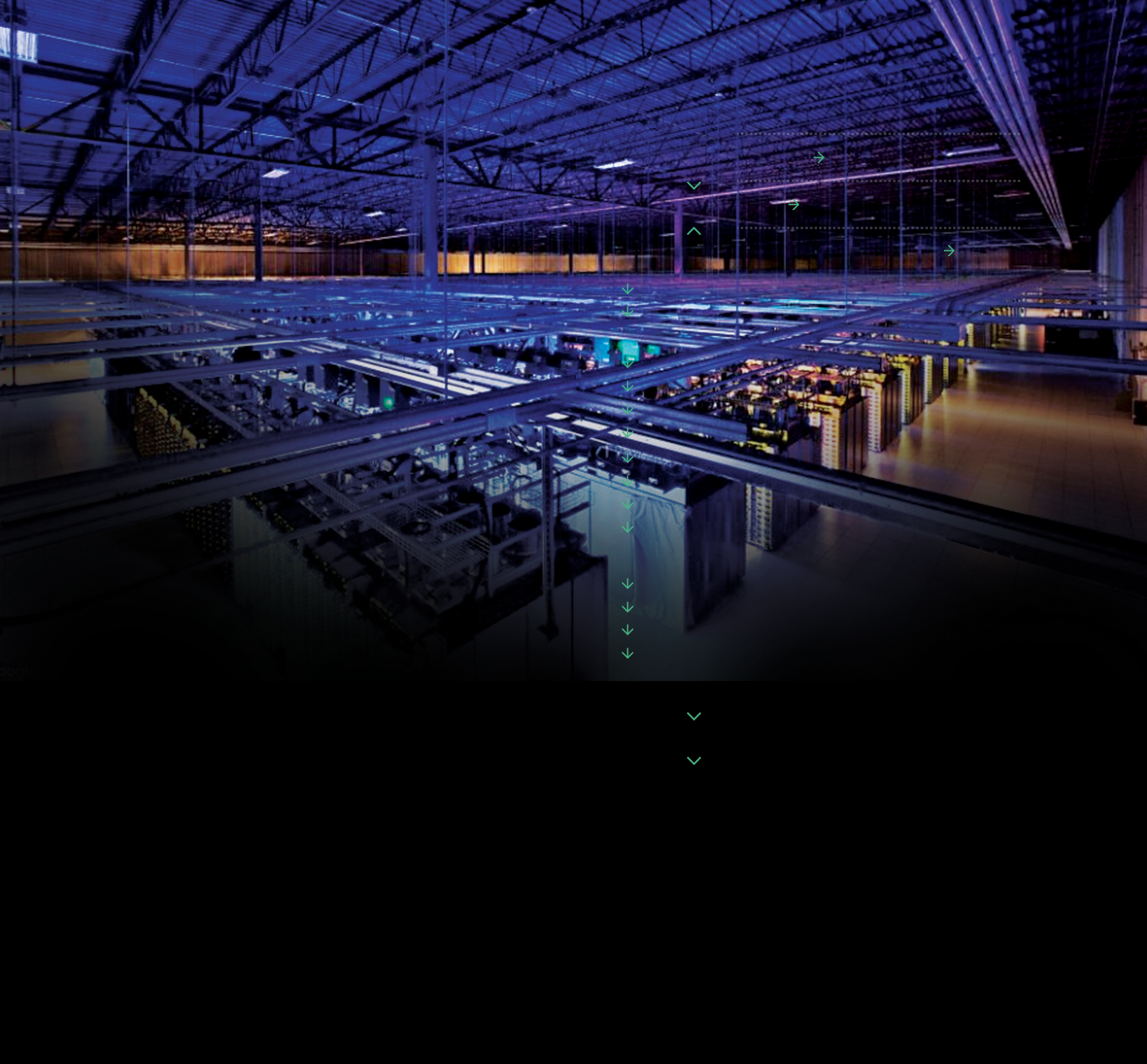 Can I still get Halon?
While Halon1301 is no longer produced in the United States, the agent is readily available in recycled format. It is still permissible to recharge systems with Halon 1301 today, as well as into the foreseeable future. In fact, there is no requirement in the United States forcing system owners to remove a Halon 1301 system from service.
What’s the cost per square foot for a suppression system?
Since fire suppression systems are designed based on volume, height is a critical factor in the calculation process. Additionally, as the system increases in size, price points begin to track closer in efficiency. There is not a equitable cost per square foot that can be universally applied to a suppression system application. For accurate pricing, contact your local ORR Account Manager, they can quickly provide you with a pricing based on your application.
Which clean agent works better?
All agents are not equal. Each application requires careful evaluation to determine the best suppression agent suited for a given application. While most typical environments can be protected by FM-200 or FE-25, other room characteristics may require that inert agents be considered for your application. If LEEDs certification or a more green option is to be considered, NOVEC 1230 should be considered.
Where can I find replacement parts for my system?
ORR Protection believes in maximizing your investment by supporting installed base fire alarm and suppression systems. Because of this, we inventory various parts for obsolete fire alarm and suppression components. In some cases, parts may also be repaired. Contact ORR and we can help you fill your need.
How much does it cost to recharge my system?
Costs to recharge a suppression system depend upon the type of agent needed, total pounds of agent required, the number of cylinders, cylinder location and the labor to safely and confidently restore protection to your facility. Contact an ORR Account Manger to help you navigate over each hurdle to a real price.
Why should I have my system tested by a professional?
Every fire alarm and suppression system is valuable to your life safety and mission critical operation, as long as it works! The only way to truly know these systems work is to have them routinely inspected and tested. You’ve made a large investment to protect your personnel and company interests; why rely upon a service provider who may not share your same concerns? ORR Protection has centered our business around your safety and the safety of your mission critical operations. Call ORR Protection for a professional assessment of your system today.
How does HFC-227ea (a.k.a. FM-200, FE-227) and Halon 1301 work?

HFC-227ea's mechanism of extinguishing fires is active. Its primary action is through physically cooling the fire at the molecular level. HFC-227ea belongs to the same class of compounds used in refrigeration, and as such is an efficient heat transfer agent. HFC-227ea literally removes heat energy from the fire to the extent that the combustion reaction cannot sustain itself.

Additionally, there is a chemical extinguishing action contributed by HFC-227ea. Trace amounts of free radicals are released in a fire, ultimately inhibiting the chain reaction of combustion.

Three things must come together at the same time to start a fire. The first ingredient is fuel (anything that can burn), the second is oxygen (normal breathing air is ample) and the last is an ignition source (high heat can cause a fire even without a spark or open flame). Traditionally, to stop a fire you need to remove one side of the triangle - the ignition, the fuel or the oxygen. Halon adds a fourth dimension to fire fighting - breaking the chain reaction. It stops the fuel, the ignition and the oxygen from dancing together by chemically reacting with them. Many people believe that halon displaces the air out of the area it is dispensed in. Wrong! Even for the toughest hazards, less than an 8% concentration by volume is required. There is still plenty of air to use in the evacuation process.

Can HFC-227ea (a.k.a. FM-200, FE-227) or Halon 1301 harm you?
Tests prove that HFC-227ea exposure is safer than exposure to Halon 1301. Additionally, HFC-227ea is effective at low concentrations, well below the EPA's maximum exposure levels. Contrary to popular belief, HFC-227ea does not significantly reduce oxygen levels and is safe for occupied spaces.

The US EPA, in the Federal Register, May 12, 1993, recognized the inherent safety of HFC-227ea in accepting it for use in occupied space protection at up to 9.0% v/v without mandated egress times, or up to 10.5% v/v with mandated egress times. This means that occupied spaces can be safely evacuated, even in the presence of HFC-227ea at design concentrations. Most HFC-227ea systems are designed at concentrations between 7.0% - 7.5% v/v.

HFC-227ea is so safe in fact, that it has been designed as a replacement for CFC propellants in pharmaceutical metered dose inhalers - like the ones used to dispense asthma medications.
What is the status of Halon?
When the environmental effects of halon became known, industrial users of halon and fire protection professionals worked together to limit halon use and emissions. Through changes in standards and specifications, industry has virtually eliminated its use of halon for testing and training purposes. Historically, testing and training has been responsible for the majority of halon emissions. Many companies have also implemented programs to reduce false discharges due to human error and equipment failure. Safety training and awareness programs in conjunction with advances in detection and control systems have contributed greatly to reduction in emissions. Many organizations that continue to rely on halon systems for fire protection have instituted programs to identify their most critical needs. Halons that can be removed from non-critical or obsolete facilities are then recovered for use in more critical applications.
Is Halon Restricted?
Although some states are banning the sale of certain hand-held extinguishers for non-commercial uses, the answer is generally no. However, effective January 1, 1994, the production and importation of new halon was banned in the developed world by international agreement. Careful use and conservation of halon is, therefore, important so that existing supplies will be sufficient to meet all future needs.
Can Halon be Recycled?
Unlike aluminum cans or newspapers, once Halon is released it is virtually impossible to recover. If Halon is still contained in cylinders retired from service or if a container is leaking, the Halon can be recovered for reuse. In fact, some Halon distributors and users have been doing this for many years, long before Halon emissions were identified as an environmental problem. Since current legislation prohibits the production or importation of new Halon into the U.S., recycled halon is now the only source of supply.

It can be obtained from a number of sources, including fire equipment distributors and independent recyclers. Industry, in conjunction with EPA, formed a non-profit organization to assist in halon recycling. The Halon Recycling Corporation (HRC) acts as a facilitating organization by providing information services to match companies who have a surplus of halon with those companies who have an ongoing need for the fire fighting agent. For more information contact HRC or ORR Protection Systems, Inc.
Do I have to report discharges (HFC-227ea, Halon 1301) to EPA?

No, but many regulations and rulings have been put into place to prevent intentional release and reduce emissions. For instance, federal regulations (40 CFR Part 82.270(f)) require owners of halon systems to be responsible for maintaining this equipment in order to prevent halon release.

What are the 4 classes of a fire?
Class A – ordinary combustibles such as wood and paper
Class B – flammable liquids such as  gas and oil
Class C – engergized electrical equipment such as wiring and machinery
Class D – combustible metals such as magnesium and sodium
How do I know if clean agents are safe?
The EPA evaluates The Significant New Alternatives Policy (SNAP) to ensure chemicals wouldn't cause greater damage to human health or the environment. Each of today's clean agents are SNAP approved.
What clean agents are available today and how do I know which one to use for my application?