There is much more information available in the full video than we will be releasing in our blog series. Don't miss out! If you'd like to watch the entire Trending Technology Clean Agent Systems portion of the seminar, click here to receive the full video.

Extinguishment is important to talk about. When we think about fire protection systems, active fire protection systems, we think of fire control, fire suppression and then fire extinguishment. So fire control is what sprinklers, that's what their performance metric is so that we limit the growth of the fire, so that the fire doesn't flash over within the fire room. When fire gets to that fully developed stage of flash-over, it can threaten people in other rooms. So we expect that if we limit, well fire sprinkler systems, sometimes we'll get lucky and put the fire out but, but other times that's not really the real point. They're just supposed to limit the size of the fire so that they don't get to flash-over.

Fire suppression is now where we reduce the fire to only glowing combustion; so all the tests are arranged to show for fire suppression for that. And so when there's still combustion, there's some manual firefighting that has to happen to fully extinguish the fire.

Fire extinguishment now is where we fully extinguish a fire and no manual firefighting has to occur upon the thing that was burning. And that's what clean agent systems do, okay? They are gaseous total flooding system. So we discharge a gas through nozzle space throughout at the ceiling, into the room, and we totally flood the room.

So imagine this was our room that we're going to be providing air or clean agent protection for, we would flood the room from floor to ceiling, wall to wall, with gas, such that if there was a fire anywhere within this space it would go out. In fact, when you look at the tests that the manufacturers do, they actually, in all four corners of the room, they install small cans of, of burning heptane, which is a lot like gasoline, down low, up high, in all four corners and one in the middle of the room, and they have to extinguish those flames in those cans within 30 seconds for every test for the system. And so no matter in your protected space where the fire would be occurring, you know, it could be put out with a clean agent system.

They are safe for equipment because the agent is electrically non-conductive. So, unlike water, it won't conduct electricity so we won't short out different electrical components and we won't damage any electronic circuitry. [It] leaves no residue; there's no cleanup. That's why we call them clean agents. So after they discharge the gas just evaporates away. Now, in some cases, some people have reported a film of dust on their, on their surfaces after the system discharges, but what we know happens is that dust on the ceiling tiles, after the nozzles discharge, will get stirred up and the dust that you see is actually just from the ceiling tiles or that was already in the room but just had attached to a surface and you didn't know it. The agent itself is not what's made the room dirty.

This is part 1 of the Trending Technology Clean Agent Systems series. Watch the other parts at the links below:

Watch our previous series on Dialer and Communicator Technology Changes at the links below: 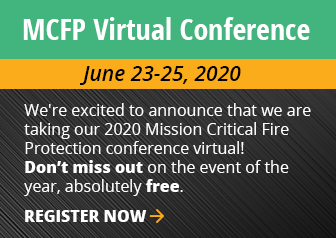