(From Wikipedia) A data center (or datacentre) is a facility used to house computer systems and associated components, such as telecommunications and storage systems. It generally includes redundant or backup power supplies, redundant data communications connections, environmental controls (e.g., air conditioning, fire suppression) and security devices. The most commonly used metric to determine the energy efficiency of a data center is power usage effectiveness, or PUE. This simple ratio is the total power entering the data center divided by the power used by the IT equipment.

With the value of data being extraordinarily high, down time is not an option. Servers are packed together, the power is always on, they generate heat, and while not widely publicized, they do catch fire.

A significant amount of power is consumed to keep computing equipment from overheating. Reducing the amount of power necessary to cool server cabinets will save money, hence, a variety of strategies have emerged for removing heat or channeling cool air where its needed.

We bring our fire suppression experts to you and train your team on any fire protection
topic (and we also bring lunch) at no cost to you! 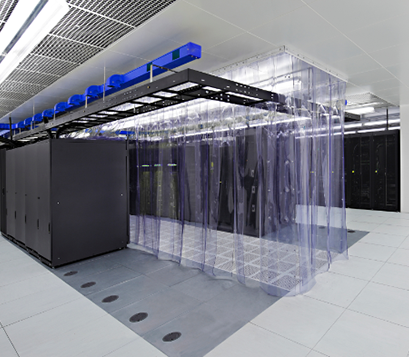