We at ORR have seen several emerging technologies in the fire protection industry. One thing is for certain in this industry, there has been plenty of progress – finding better and better ways to protect people and property from the damaging effects of a fire. NFPA codes and standards have been updated in recent editions to recognize and accept the use of these new technologies and now allow us to implement them into our fire protection system designs. more...

Here are a few of these emerging technologies:

Two in the area of Fire Suppression Systems

Two in the area of Fire Detection and Alarm Systems

A little background on the Clean Agent Fire Suppression industry. In the early 1990’s FM-200 emerged as the leading alternative to Halon 1301 systems, and today continues to be the established market leader. However, 5 or 6 years ago Dupont introduced FE-25 (you might also know it as ECARO-25) to the market and it has in recent years experienced significant growth. Another direction that some choose to go in was to use “inert” agents and the Inergen product has become the established leader in this category. Until recently, those who were looking to make an environmentally friendly fire protection decision, could only turn to the “inert” agents.

A new clean agent was introduced by 3M called Novec 1230 which is now offering companies another “green” alternative. More and more companies are choosing to turn to Novec 1230 because of it’s many unique environmentally friendly characteristics.

A little background ... water mist is not brand new technology. It began to have commercial use in the US market in the 80’s and 90’s and often was seen as a potential replacement for Halon 1301 systems. NFPA introduced a standard for the water mist product called NFPA 750 in 1996.

The writers of NFPA 750 understood that not all water mist is the same, and defined three distinct classes of Water Mist according to the size of the water droplet. Class 1 (largest droplets), Class 2 (smaller droplets) and Class 3 (smallest droplets). What I am calling “conventional” water mist falls into the Class 1 and 2 categories and traditionally is a lower pressure system generating larger droplet sizes. These “conventional” types of water mist became established in the marketplace, but was only being used in limited “niche” applications (turbine generator enclosures, small confined industrial machinery spaces, etc.) I think most would agree that even by the late 1990’s, it still had not gained a lot of acceptance and was not often being chosen by building owners.

This Class 3, high pressure system opened the door for greater use of water mist including applications such as museums, hotels and even data centers. Over the past few years Orr Protection Systems has experienced significant growth in water mist installations ... and more and more AHJs are accepting water mist in lieu of traditional sprinkler systems.

Exit Marking Audible Notification system. You might have heard it called “ExitPoint”, the name that one manufacturer has given to their product.

Today, all Fire Alarm Systems are required to have notification appliances (bells, horns, strobe lights). But these devices tell you “What to do” – exit the building, but not “Where to go”. But in a real fire emergency, it is very possible that those evacuating will encounter black smoke making visibility limited and possibly difficult to locate the fastest exits. In some situations, Exit Signs may not be enough.

It’s a technology that uses “directional” sound devices to determine the location and path to the exits of a building. The audible sound produced by the device has special characteristics that allow the human ear to easily determine the direction the sound is coming from. 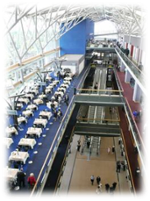 This emerging technology by D-Tec involves a new and innovative method of detecting smoke from a fire... Video Smoke Detection (VSD). Here is how it works: live video images are taken from standard analog security (CCTV) cameras; these cameras are hardwired to a fully functional DVR (digital video recorder); and the images are processed using sophisticated algorithms to detect smoke by it’s patterns of motion.

The truth is, we know that there are some environments where conventional smoke detection is simply not very effective. For instance...

When ceilings are really high, a thermal barrier is often present that prevents the smoke from reaching the smoke detector ... this is called stratification.

In very large volume (open) areas, smoke from a fire will become diluted and won’t quickly reach the necessary obscuration levels to activate an alarm.

In areas with unusually high airflow, the smoke movement will be unpredictable and smoke detection is often delayed.

Until now, these problems could not be easily overcome, but video smoke detection helps address these issues. 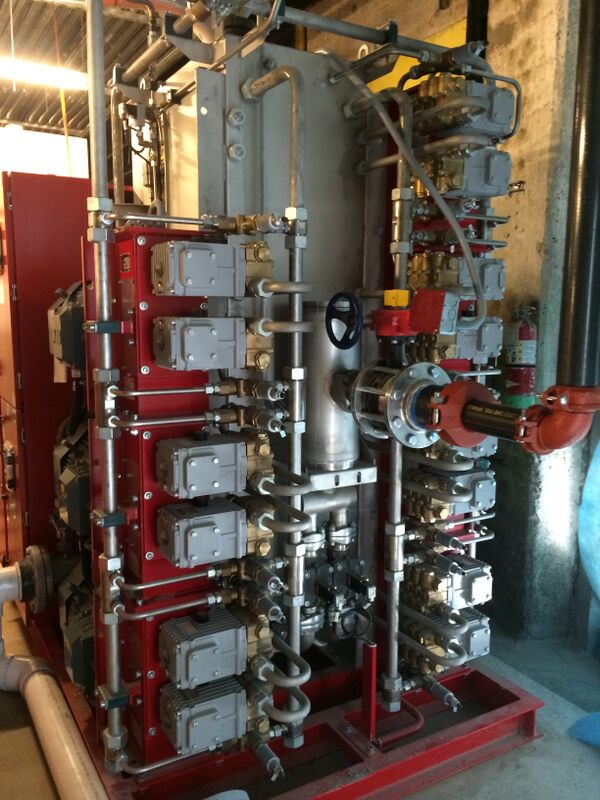